Our Fort Cats and Dogs Expansion review, what we have to say about the addition that provides two new adorable game modes to the popular management and deck build game that will make you feel like a kid again, Fort. These modes (Cat and Dog) are light additions to the game but add just enough of a punch to make you feel like you are playing a brand new version of the game that will force you to rethink your entire strategy. This expansion, which despite coming in a box the size of playing cards, adds big play to the original game which means yes, you do need the original Fort to play this.

You’ve begged and pleaded with your parents and finally… it’s time to get a pet! Dogs are loyal. If you play one, it will (usually) stay in your doghouse. But, neglect a dog, and it will wander off. Cats are fickle. Their actions happen at specific times, and they move around a lot. At the end of the game, score points for having the most dogs in your doghouse and for each cat in your yard. You can use one module, or both!

FOR MORE: Fort Page | How To Play Fort Cats and Dogs Expansion

From the Designer Grant Rodiek, Fort is a clever deck building game where you take on the role of a kid, and like many kids, you want to grow your circle of friends, collect pizza and toys, and build the coolest fort.

By doing this cool stuff, you’ll score victory points, and at the end of the game, the player with the most victory points wins! Your cards not only let you take actions on your own turn, but also let you follow the other players’ actions on their turns. Will you devote yourself to your own posse, or copy what the other kids are doing?

But be careful as your carefully constructed deck might start losing cards if you don’t actually use them. After all, if you don’t play with your friends, why should they hang out with you anymore?

WHAT DOES IT ADD?

The Fort Cats and Dogs Expansion adds two brand new game modes to the base game of Fort that are adorable and build on the existing theme of the backdrop and gameplay. They are not hugely intensive, they are just enough to make things fresh and give you something new to think about. The package includes 4 Doghouse Boards, 18 Dog Boards, 8 Cat Cards and 1 Rulebook.

The Cats Module is all about not having too much control over the cats (like in real life) and them being attracted to certain combinations of things players are doing. They have triggered abilities and scoring bonuses if you, for example, have the right mix of resources on your board.

The Dogs Module has those fluffy animals getting in on the fun. The Dogs are cards just like kids and they get mixed in with everything. On your turn, instead of just thinking about what kid to play, now you need to think about if you are going to play a kid or a dog, and then which one.

Yes, this expansion is successful in its mission. First of all, the expansion is the size of a deck of playing cards and has a price to match. There is about an inch of materials here and it will add so much to the game. So no matter what, dollar for dollar, you are getting a good deal.

Then there is the gameplay. The whole idea behind this is to freshen the game up. There is just enough here to knock you on your head and make you rethink everything. This small box does not just deliver that once but it does it twice, or you could say three times if you count playing both dogs and cats together.

These are smart and do not convolute. It is a big mistake many expansions make where the extra rules just end up bog a game down, but this one widely misses that pitfall.

WHY WOULD I USE IT?

If you have played over ten games of Fort and intend to play at least one more, this is for you. It switches the game up in ways that are very on point and on theme, for a low price. This is all upside.

This is specifically about extending gameplay. If you have played Fort a bunch, you know which kids are the workhorses and you have probably fallen into a comfortable strategy. The idea of these new game modes is to add just enough to turn everything on its head. By added just that one thing that is part of every turn and could potentially turn into a game-changing end score bonus, you need to pay attention and think about new things.

These do not make the game better or worse, just different. The base game will absolutely satisfy your needs if you are only going to play a few games or here and there. If a new player is trying this out, they should always start with the base game. This is just a way to keep things fresh and get everyone thinking again before they hit a wall.

If you are a Fort player, buy this. It is so cheap and it will add so many great hours of gameplay to an already fantastic game. There is nothing revolutionary in the mechanics of the expansion, everything is a nice touch that makes sense. What is special and at such a high bar is how well this is incorporated based on theme. First off, for a game about kids trying to play, get toys and earn pizza, adding in Cats and Dogs is perfect. On top of that, the modes themselves make so much sense. Dogs are loyal but fussy and Cats are fickle.

What would you put in your Fort Cats and Dogs expansion review? Let us know in the comments below or on our BGH Facebook Page. 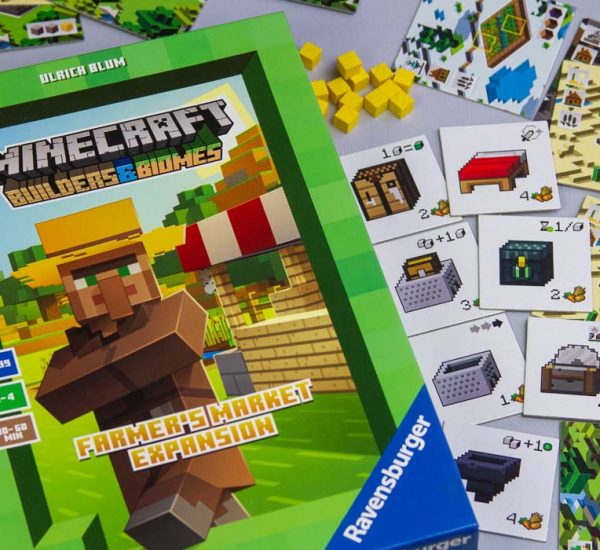 How To Play Fort Cats and Dogs Expansion

Betrayal at The House on the Hill 3rd Edition Announced

Silicon Valley Board Game Announcement Get Your Startup to 1B Valuation