This is the full list of Juego del Año Award Winners. The Juego del Año is the Spanish award for their Board Game of the Year. Games that are released in Spain for the first time in a given year are eligible for the award. Starting in 2005, it is the most prestigious award in the country and is in line with other European awards like the Spiel des Jahares (Germany) and As d’Or (France). It is like winning the best picture Oscar each year.

Players create their own kingdoms by skillfully building their settlements, aiming to earn the most gold at the end of the game. Nine different kinds of terrain are on the variable game board, including locations and castles. During their turn, a player plays their terrain card and builds three settlements on three hexes of this kind. If possible, a new settlement must be built next to one of that player’s existing settlements. When building next to a location, the player may seize an extra action tile that he may use from his next turn on. These extra actions allow extraordinary actions such as moving your settlements. For 2 – 4 players, games run about 45 minutes.

The Crew: Quest for Planet Nine

Buy The Crew on Amazon

Players set out as astronauts on an uncertain space adventure, exploring the rumors about an unknown planet. The eventful journey through space extends over 50 exciting missions. But this game can only be defeated by meeting common individual tasks of each player. With each mission, the game becomes more difficult. After each, the game can be paused and continued later. During each mission, it is not the number of tricks, but the right tricks at the right time that count. For 2 – 5 players, each game runs about 20 minutes.

The Quest for El Dorado

Buy The Quest for El Dorado on Amazon

Players take the roles of expedition leaders who have embarked on a search for the legendary land of gold in the dense jungles of South America. Each player assembles and equips their own team, hiring various helpers from the scout to the scientist to the aborigine. All of them have one goal in mind: Reaching the golden border first and winning all of the riches for themselves. For 2 – 4 players, games run 30 – 60 minutes.

The game is about helping the king decorate with Portuguese tiles. Azul is a well-crafted set collection and pattern-building game. You draft sets of tiles against other players in order to create strategic clusters that are going to get you big points. You need to strategically fill rows with groupings of colors in order to move them into your final square grid in order to score. For 2 – 4 players, games run about 45 minutes.

The gods are offering a seat in heaven to whichever hero defeats their rivals. Your courage and wits will be your most precious allies as you use divine dice to gather resources along the road to victory. Customize your dice to make them more powerful as the game progresses. Sacrifice gold to the gods to obtain enhanced die faces. Upgrade your dice to produce the resources you need. Overcome ordeals concocted by the gods to grow in glory and earn rewards. Skillfully manage the luck of the dice and take charge of your destiny. For 2 – 4 players, games last about 45 minutes.

During a player’s turn, they have four actions available, with which they may travel around in the world in various ways (sometimes needing to discard a card), build structures like research stations, treat diseases (removing one cube from the board; if all cubes of a color have been removed, the disease has been eradicated), trade cards with other players, or find a cure for a disease (requiring five cards of the same color to be discarded while at a research station). Each player has a unique role with special abilities to help them at these actions. For 2 – 4 players, games go for about 60 minutes.

In Colt Express, you play a bandit robbing a train at the same time as other bandits, and your goal is to become the richest outlaw of the Old West. The game consists of five rounds, and each round has two phases: Schemin and Stealin. Move along the train and get into what you need to get into in this hand management and memory board game. For 2 – 6 players, games run 30 – 40 minutes.

You and one other are the most powerful traders in the city of Jaipur, but only one of you can be the best. To get there you must excel at buying, exchanging, and selling at better prices. On your turn, you can either take or sell cards. Taking makes you grab one of many different configurations from cards in the market area and selling lets you unload one thing at an opportune time. Making the right moves gets you money and the highest count wins. For 2 players, games last about 20 minutes.

Buy Legends of Andor on Amazon

Similar to Mice and Mystics, you feel more on a clock and have obstacles you are not used to For each scenario, or “Legend”, a legend deck conveys the plot of an ever-unfolding tale…one in which the players are the protagonists. A wooden marker moves along the board’s legend track at key points during each scenario, triggering the draw of a new legend card, the introduction of new game-altering effects, and the advancement of the story’s plot. In the end, the players must endeavor to guide the fate of Andor through their heroic actions, bringing a happy ending to their epic fantasy tale. For 2 – 4 players and games will last about 60 – 90 minutes.

Local Cubans with special abilities are placed randomly on a path around Santiago with building tiles nearby. Players will deliver goods to seven ships throughout the course of the game. The demand for each ship is determined via a die roll; the active player rolls five dice – one for each type of good – then chooses four of the values rolled to represent demand for goods of the same color as the die. For 2 – 4 players, games run 40 – 75 minutes.

You and other players take turns moving your pawns around the ‘island’, which is built by arranging the many beautifully screen-printed tiles before play begins. As the game progresses, more and more island tiles sink, becoming unavailable, and the pace increases. Players use strategies to keep the island from sinking while trying to collect treasures and items. As the water level rises, it gets more difficult- sacrifices must be made. For 2 – 4 players, games run 30 minutes.

Every round a single animal (there are 360 on big cards) presents itself by name and picture. Players try to guess the animal’s weight, length, height, tail length and habitat. An area on the big map or a sector on the scales already occupied by a player token cannot be chosen a second time. When no player wants to set another token the round ends and the scoring is performed. Tokens on correct spaces get points for the corresponding player, also tokens in the direct neighborhood of correct spaces score points. Tokens not earning points are temporarily out. For 2 – 6 players, games run 45 – 60 minutes.

You play the game with six cards of different interesting images in your hand. Taking turns, one player is the storyteller and needs to use a card from hand and give it a few words to sum it up. The other players have to submit one of their cards they think matches. These are mixed together and everyone votes on which card they think belongs to the clue giver. Point scoring is interesting and basically, the clue giver wants to say something that isn’t everyone or no one. For 3 – 6 players, games last about 30 minutes.

You’re a farmer in a wooden shack with your spouse and little else. On a turn, you get to take only two actions (worker placement), one for you and one for the spouse, from all the possibilities you’ll find on a farm: collecting clay, wood, or stone; building fences; and so on. You might think about having kids in order to get more work accomplished, but first, you need to expand your house. For 1 – 5 players, games last about 30 – 150 minutes.

The Pillars of the Earth

Buy The Pillars of the Earth on Amazon

At the beginning of the 13th century, construction of the greatest and most beautiful cathedral in England begins. Players are builders who try to contribute the most to this cathedral’s construction. You will use workers to produce raw materials, and then use craftsmen to convert the materials into victory points. For 2 – 4 players, games run 90 – 120 minutes.

The object of the game is to gain points by mounting profitable archaeological expeditions to the different sites represented by the colored suits of cards. On a player’s turn, they must first play one card, either to an expedition or by discarding it to the color-appropriate discard pile, then draw one card, either from the deck or from the top of a discard pile. For 2 players, games run 30 minutes.

You are a train tycoon with your sites set on building a great rail system across the United States. Players sit around a board of the US, with many empty possible routes connecting cities across the country. Each game everyone has a secret route they need to complete and only you know what you need to do. Each turn you can either take different colored train cards or build routes using them. Complete more goals and build more impressive routes for victory. For 2 – 5 players, games last 30 – 60 minutes. 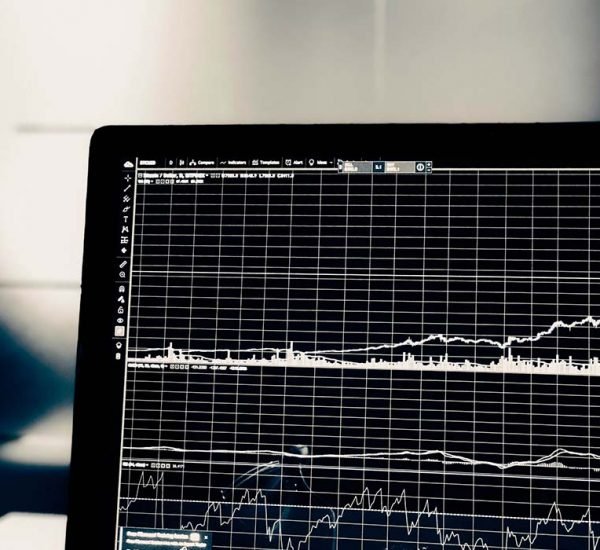 Invest In Board Game Stocks

There Is Now A Schitt’s Creek Monopoly Edition

How To Play Clue