Our MTV Throwback Music Party Game review, what we have to say about the music party trivia game that triggers the perfect amount of nostalgia. This game is not for the faint of heart. If you cannot hang in the world of music knowledge, then keep on moving. If you are ready for a game that will touch on all the musical knowledge and ability in your head, you are not going to get any better than this. While most trivia games may feel educational, this one always feels like a party, just don’t expect it to go easy on you.

We took a look across fun, replayability, player interaction, quality and art & style to come up with the overall score for our MTV Throwback Music Party Game review. See the breakdown by category below.

For the fun section of the MTV Throwback Music Party Game review, we award a solid 7 out of 10. This game does not mess around, but if you are able to keep up with a layered music trivia game, there is no better than this. It is not just trivia though, there is a strategic layer. Like a game of Family Feud, there are quick-fire challenges that give you an advantage moving into the performance round.

Since winning means you have collected all the various music genres, this helps you control what is coming and also sets up what could be possible card steals from your opponent. Not only is it a top-notch trivia game, but it has mechanics that give it depth and make it a ton of fun. If this is the type of thing you are looking for, you will be happy with this title.

For the replayability section of the MTV Throwback Music Party Game review, we award a middle of the road 5 out of 10. Trivia games often suffer from a lack of replayability and this game is no different.

It does get points because there are interesting mechanics that make it more than just trivia, but it loses some points here because the quickfire challenges (players go back and forth saying songs with “love” in the title for example) will get old right away and the performances might not be s drastic but certainly get scale. If you are going to bust this one out every once and a while, perfect, but any more might not be as satisfying.

For the player interaction section of the MTV Throwback Music Party Game review, we award a solid 7 out of 10. The player interaction here is great but it is a blessing and a curse. The game not only relies on your music knowledge, which would be difficult enough, but you also have to convey that knowledge. As we continue to promote, this is more than just a trivia game.

You have to put your best foot forward and try to keep being in control so you can be the one to select the cards that come through. The interesting mechanic of being in control due to the quickfire head-to-head challenges adds a whole level that gives you just enough of an edge to make this a marathon instead of a sprint. Some trivia games come down to being lucky enough to get the right questions, this is about working the game as long as you can.

For the quality section of the MTV Throwback Music Party Game review, we award a good 6 out of 10. We keep hitting this home, but this is a great trivia game that does exactly what it is supposed to do well, but it is more than that. You are put through strenuous music knowledge tests but that game has more levels than that. The granddad of all trivia board games is Trivial Pursuit and all that requires is answering a question and then maybe getting 1 of 6 pieces because of that. It seems light on mechanics and full experience. This has a smart gameplay mechanism that makes for a much more cohesive experience. This is a bit light on depth, but there is nothing wrong with that.

As for components and packaging, really solid points here. They could have included a sand timer or rudimentary timing system but they didn’t, they include and electronic, MTV branded red buzzer, which seems necessary to really maximize excitement. Its not a professional buzzer or anything but that is not necessary. The game does only have so much music to get through, running out sooner than later, but it has what you need to enjoy a few games here and there.

For the art & style section of the MTV Throwback Music Party Game review, we award a solid 7 out of 10. The trivia cards themselves are pretty basic but where this game really shines is in the game board and genre category art. The branding is so unbelievably perfect. Nothing screams the “not your parents’ music television” MTV vibe of the 80s and 90s like the design of this game.

If you were a member of the MTV generation, one look at the game board will bring a rush of nostalgia into your life. It is great that special time was put into this because the art and style are such a big part of the experience and bring you into that mindset.

If you are looking for a music trivia game, we challenge you to find a better game than MTV Throwback Music Party Game in the space. The game is not easy but if you are looking to compete in that world, this is the game for you. In addition to testing you music knowledge the game has a very satisfying team structure and is an absolute blast of quality nostalgia. This has been out MTV Throwback Musi Party Game review.

What would you put in your MTV Throwback Music Party Game Review? Let us know in the comments below or on our BGH Facebook Page. 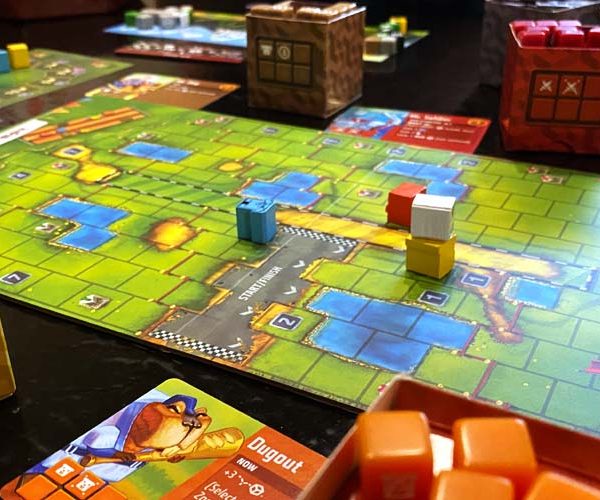 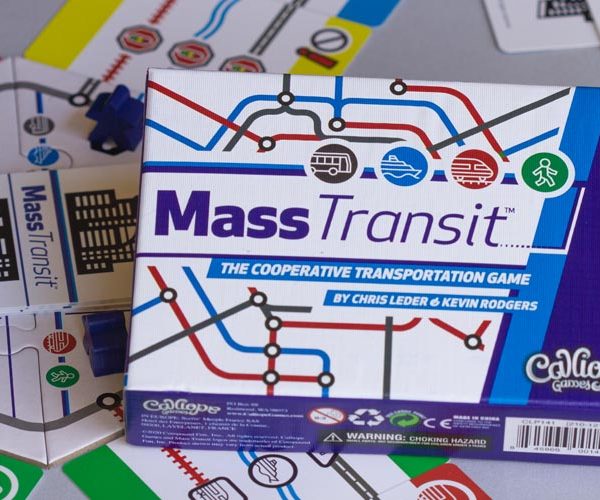 Why You Should Kickstart: Cascadia | Launching September 15, 2020

AwShux 2021 Shut Up and Sit Down Board Game Convention Information

Our Descriptions of Dixit Cards

How to Play Smash Up