A Reddit AMA Tom Vasel, head of The Dice Tower, a video and audio show about board games, interview took place January 30th, 2020. Tom Vasel is widely considered one of the world’s foremost game reviewers and trends forecaster. When he sees something special, pay attention. For those unaware, AMAs are a very popular “Ask Me Anything” feature mainstay on Reddit that often attracts big names. You can see the original conversation here or you can see the recap below.

1: What’s the most amazing thing the Jack Vasel fund has done that you can share?

We’ve helped a lot of people, and in fact just helped someone today. I don’t usually share it all, because sometimes it’s really personal to the people who it helps.

But I’ll tell you, nothing means more to me than someone coming up to me at a convention and thanking me for the JVMF. It almost makes me cry every single time. Speaking of which, it’s the eighth anniversary (a few days ago) since Jack died. Makes me sad, but I’m glad so much good has come out of it.

*Aside* For those unaware you can find more information on the JVMF here.

2: What do you think of the quote from Ratatouille “(Critics) thrive on negative criticism, which is fun to write and to read. But the bitter truth we critics must face, is that in the grand scheme of things, the average piece of junk is probably more meaningful than our criticism designating it so.”?

I just like to talk about good games. I want to point people to stuff that’s fun. This mystical “art of the critique” that some people seem to desire is weird to me. I’ve read some movie reviews that were extremely well written and were fun to read. And then I didn’t understand at all what the movie was about. The review should point towards the game, not eclipse it.

Whenever I review a popular Kickstarter or a game with a strong IP I’m going to get strong feedback.

I was told that the designer showed the review to their children who cried when they saw my negative review. That one annoyed me the most. Why did they do that?! They told me their children had helped design the game (which I didn’t know) and they all sat down and watched the review together (without knowledge of the ending). Sigh.

4: Where do you get all your enthusiasm and energy from?

It’s not always there. People tell me at conventions and cruises that I look really tired. That’s because they are seeing the off-camera Tom, the one who isn’t root tooting and hollering and gets as weary as any person.

And I always feel bad when that happens. I hate to look tired and exhausted to people. I know that an energetic person cheers people up. So that’s why I try to portray that on the videos.

5: I know that Sam is irreplaceable but will you be adding someone new to the majority of the episodes, someone who is quite different than you and Zee?

For much of 2020, we’ll be having guests join us, with Mike and Roy filling in spots. Rodney Smith and Liz Davidson will be joining this month, actually!

6: Alan Moon calls you and says that you’re in charge of Ticket to Ride: Florida. What mechanic do you add to it to set it apart?

Ooo, I like it! I would make something with weather to add effects. What? I don’t know. That’s up to Alan to design the rest.

7: If you could have any designer(s), artist(s), and publisher work together to make your dream game who would you pick?

Ah, that’s really just one combination. There are so many great publishers, artists, and designers out there!

8: Have you ever revisited a game after some time and upon doing so had a completely different opinion?

Completely different, no. I’ve certainly improved my opinion over time, but very rarely a complete change of heart.

9: What will happen to the dice tower when you retire? How old are you and how many more years until you retire?

I’m 43. I don’t plan to retire for at least 30 more years. So I’ll worry about it later. […] If something does happen, my wife has my plans on what to do with the Dice Tower.

10: What’s one piece of advice you’d give to other written and video board game content creators who are in their infancy, based on your years doing this?

Try to be nice to others, but be honest at the same time.

And do something different.

Above all, be interesting. Think what bores you, and then DON’T do that.

11: In roles of father and educator I’m really looking forward to introducing and playing boardgames, for fun and for a “sneaky” way of educating (in themes, mechanics, cooperating or competing). Do you have any tips on what boardgames you think are suitable for this?

There are SO MANY of them. I don’t have a list right now, so I’ll toss out Robot Turtles for programming. Such a great game.

12: If your life depended on beating an opponent at any Euro game, what game would you pick?

Le Havre. But even then I would be VERY worried.

13: As someone who genuinely doesn’t consider myself a solo gamer, and have only tried it a few times, what was the game that you first felt a desire to play solo? And do you do anything specific that helps you enjoy a game played solo?

I think Gloomhaven was the straw that broke the camel’s back. But honestly, I don’t know what causes me to enjoy a game solo. Story, I think.

14: Where did you get the idea for the component drop in your videos? Have you ever broke any?

I got a camera with a slow motion feature, and I wanted to use it. And then, I just kept doing it. Maybe (pieces have broke) twice, ever? An x-wing model once.

15: With so much going on in the industry, how much time (say, in a week) do you actually have to just play “casually”? I.e. not for review/preview/demo/con?

I don’t play casually very often. When I do, I just play whatever I feel like it.

16: What other hobbies do you have or would you like to you have if you had more time?

17: What good 2-player games would you recommend for my wife and I to get next? She’s a bit more casual-oriented than me and we’ve currently got: Jaipur, Lost Cities, Patchwork, 7 Wonders Duel and Hive and like all of them.

18: If you could play one game at the location/setting for that game, which would you choose?

19: Have you ever considered making your own game. And if not, with complete freedom to make it as expensive as you want, what would you like to make, and what would you be good at making?

I wouldn’t want to make my own game. I have no desire to be a publisher. Being a designer is something I’ve done, and while I won’t cross more of it off in the future, it’s not something I’m burning with desire to do right now.

20: What’s the single best game expansion of all time?

Rise of Fenris for Scythe.

21: What game do you think has been the most influential in the hobby of board games and it’s history?

22: Are there any games you hope get a legacy version with that same level of legacy elements?

I really want to see King of Tokyo legacy. Come on, Mr. Garfield!

23: Did you know you were going to be mentioned in South Park? What was that like?

No I did not! Stephen Buonocore called me and told me about the show. I’ve played with Trey (Parker). It was weird, neat, and weird. *See our list of every South Park board games mention

25: We’ve had stuff like Clue and Battleship, but if one game could be turned into a movie, which would you like to see?

26: Any advice for someone keen on designing their first game?

27: How would you compare role playing games like D&D to board games?

I think they are neat, I simply don’t have the time for them. I’ve played a lot of Heroes Unlimited in my time (although Palladium writes TERRIBLE rulesets), but I had to cut something from my life due to time constraints, and RPGs were it.

28: What theme have you seen attempted in games, but none of them quite “got it right”?

Not a theme, but semi-cooperative is the answer mechanically.

29: If you could pick one game from pre-2005 to get reprinted as a revised edition what would it be?

Star Wars: Queen’s Gambit. But it will never happen.

30: If you have a game design and/or prototype how do you go about getting it in front of developers/publishers? I would think you reach out via e-mail. Are face to face interactions at a convention better?

I think face to face is better, but networking WAY ahead of time helps. My video editor Roy is showing off a game, and he was able to easily get publishers to look at it, because he was already friends with many of them because of networking!

31: What artists/bands/genres do you like the most to listen to while driving, relaxing, and most importantly – gaming?

I just make a playlist called “Fun Music” and I add random songs to it – songs that are very cheerful in spirit. I have about 800 songs on it. I also have a “Peaceful” list and a “Christian” list and a “Kids” list.

Do you have a favorite response from the Reddit AMA Tom Vasel Interview? Let us know in the comments below! 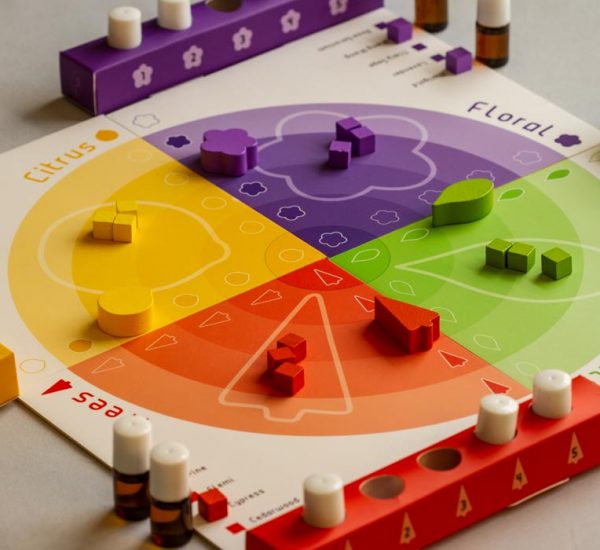 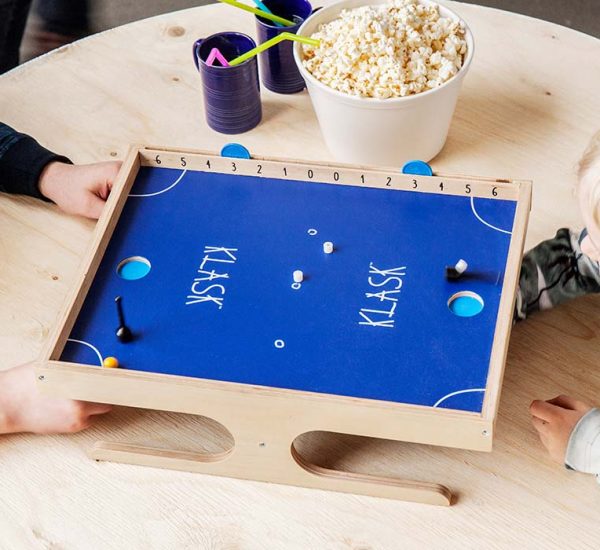 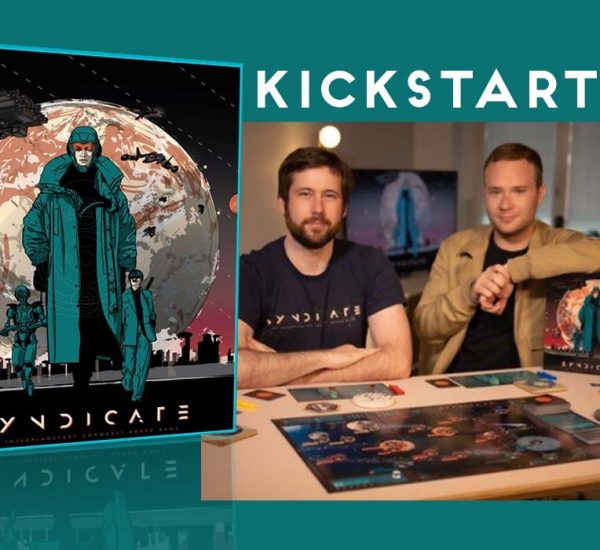 What is an Engine-Building Board Game?

How To Play Risk