Our latest interview in a new series, Why You Should Kickstart Facility 07. Questions from the creators answered. Facility 07 is a fun and exciting secret agent game unlike anything else you have seen, launching on Kickstarter on September 15, 2020. The game is brought to you by a talented mix of creative and passionate executives. Here is a great sizzle they put together:

Check out the link below to go directly to the Facility 07 Board Game Kickstarter page or continue on for more.

1. How would you describe your product in 2 sentences?

Facility 07 is a Game of Exploration and Espionage with a Battle Royale Twist for 2-6 semi-cooperative players. Play as iconic spies and action heroes who infiltrate an evil genius’ lair and stop him from destroying the world!

Trevor (Game Design, Graphic/Web Design, & Video Production) is a life-long gamer and entertainer. He grew up in Northern Michigan, where he and Matt made award-winning short videos in highschool. He attended NYU’s film program and has been a professional video editor and graphic designer for 10 years. Trevor lives in New Orleans where he met his beautiful wife, Alyssa.

He’s created several card games and homebrew tabletop RPG systems over the years, and he’s VERY excited to finally publish them! Trevor designs games from the ground up, including writing, artwork, web design, and video!

Trevor and his wife own a small walking tour company in New Orleans called Spectral City. Though business has been shut down since March due to the pandemic.

Alyssa (Game Design/Press/Social Media) is a New Orleans native who loves positivity and magic. In 2017 Alyssa and Trevor opened Spectral City, where they do everything from haunted walking tours to surreal history parties. She’s done everything from Cemetery tours to Improv Comedy to writing and acting in Murder Mysteries. Her current hobbies include game design, tiedye, and guitar/songwriting. She’s also developing a Healing Workshop for victims of Narcissistic Abuse.

She struggled with drug addiction for years, but has just celebrated her 5 year sobriety anniversary. Going through an experience like that has helped her to be a wiser, more introspective and empathetic being. She dreams of a world where everyone can feel connected and respected.

Matt (Production Management) originally hails from Michigan but currently lives in Orlando, FL, the home of the mouse. He loves wine, tea, and ttrpgs. His interest in tabletop games and the fact that he’s been best friends with Trevor since they were lads making award-winning short videos made it an obvious choice for him to be a part of the Never Engine team.

Bang! and Betrayal at House on the Hill have been the two most inspirational games in creating Facility 07. We loved Bang! for its fast paced gameplay and style of card management, and Betrayal for its build-as-you-play exploration and RPG-lite storytelling.

1 – Facility 07 is funny! We drew a lot of inspiration from spy genre parodies like Austin Powers, Archer, and Chuck, and created a light hearted party game with a solid balance of strategy and luck. The evil genius Professor Norwood is obsessed with pop-culture. He’s created knock off versions of iconic spy gadgets, and you play as knock off versions of iconic spies and action heroes who infiltrate his lair to stop him from destroying the world. Very groovy, baby!

2 – Facility 07 is easy to learn and teach to non-gamers. After learning the basic rules, everything players need to know is clearly written on the cards themselves. The complexity ramps up as you play, so new players have plenty of time to warm up to the rules before they have to fight for their lives!

3 – Facility 07 has very high replayability. The facility is built out of cards room by room as you explore, so it’s different every time – there are over 2 million possible layouts! On top of that, players draw from decks of 130 Ops Cards, 40 Event Cards, 30 Agents, and 8 Top Secret cards!

4 – The unique retro art style. The artwork was heavily inspired by 1960’s spy movies, especially the posters. Facility 07 uses basic icons and bold, classic colors to help players understand at a glance what different cards can do.

5 – Light hearted Player vs Player combat. Facility 07 provides a balance between a goofy good time and a battle to the death. You’ll find yourself laughing even as your meticulously crafted plan is countered and you end up in prison. Don’t worry, you’ll get your revenge! Counters and counter-counters fly, and Agents can play powerful card combos to daze other agents, steal from them, send them to prison, or maybe even kill them off.

6 – RPG-lite gameplay and storytelling. Play as iconic spies and action heroes, each with stats and a unique special ability. Roll a d6 to resolve skill checks as you fist fight, sneak around, and face challenges. Take control with Actions, Gadgets, and Covert Cards. Actions are played directly from your hand, Gadgets are “equipped” on the table in front of you, and Covert Cards are trap cards that are kept face down on the table, waiting to be triggered. Each Room has its own special Ability.

We own a successful walking tour company in New Orleans called Spectral City Tours, so we know how to run a business. Never Engine Games is a member of the IGA (Indie Game Alliance), who have advised us every step of the way, and who we meet with regularly. We’re planning to manufacture the game through Meijia and hire Quartermaster Logistics to handle fulfillment. We’ve received manufacturer quotes and have had several prototypes made professionally. Facility 07 has been in development for 6 years and has been playtested vigorously! It’s a lot of fun!! Currently, the full game can be played on Tabletopia for free, and includes the current version of the rulebook.

We drew a lot of inspiration from spy genre parodies like Austin Powers, Archer, and Chuck, and created a light hearted party game with a solid balance of strategy and luck. Facility 07 is packed with tongue-in-cheek humor and it’s easy to learn and teach to non gamers!

Great insight and enthusiasm from a passionate team. The game seems very unique and not exactly like anything out there. Whenever you start at a place of Austin Powers meets Archer meets Chuck, you know you are in good shape. It has clearly been guided by professional hands and looks like it is going to be a top-notch product. It is always great to see an indie game product at this quality level. Take a look at their Kickstarter, website or social media pages for more info!

Have you received enough info on why you should Kickstart Facility 07? Are you backing? Let us know in the comments below or on our BGH Facebook page. 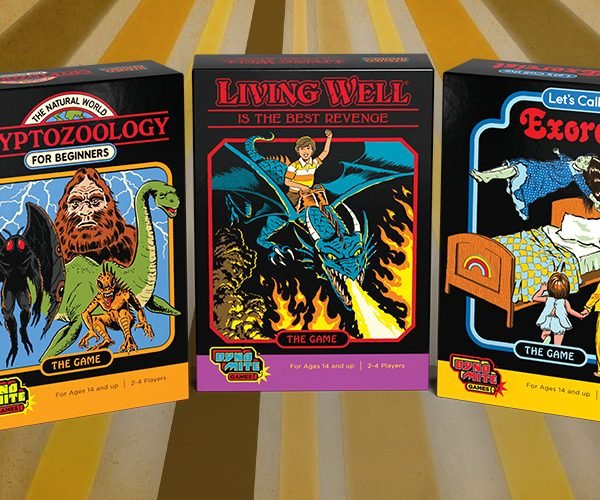 Why You Should Back: Harakiri Blades of Honor on Kickstarter 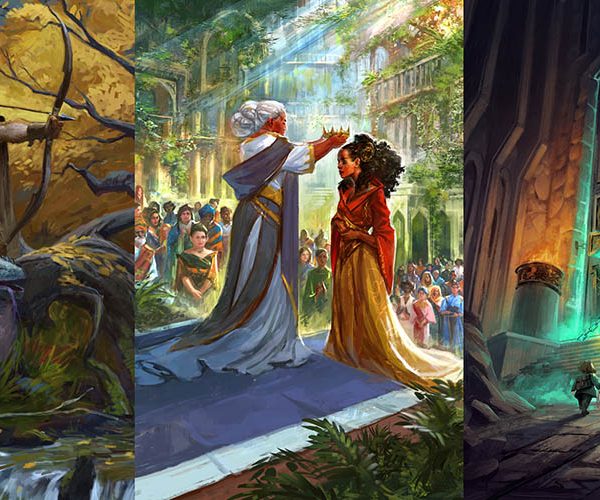 Why You Should Back: Call to Adventure Epic Origins on Kickstarter

How to Play Small World

How To Play Monopoly